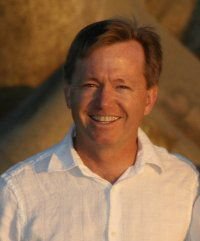 Glenn grew up in Cupertino and went to Humboldt State to get a degree in Social Work and Sociology and later a Masters in Education to be a school counselor. For the last 28 years that's what he's been doing. Glenn joined Saratoga Federated in 2001 with his wife Janelle. They have two children who have grown up at Saratoga Federated; Katelyn (19) and Jack (16). Glenn enjoys running, reading and spending time with family and friends.